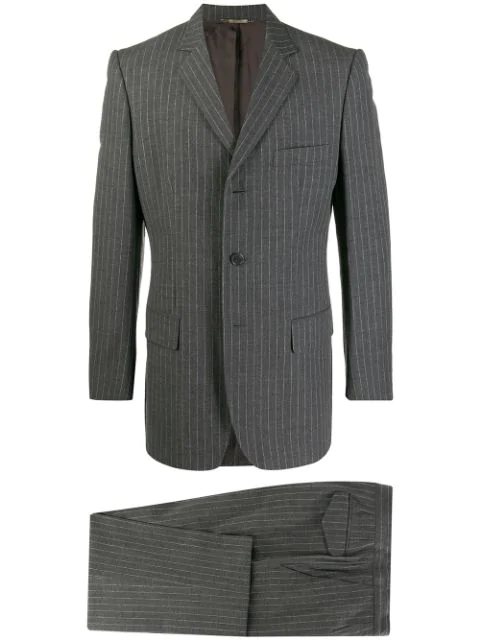 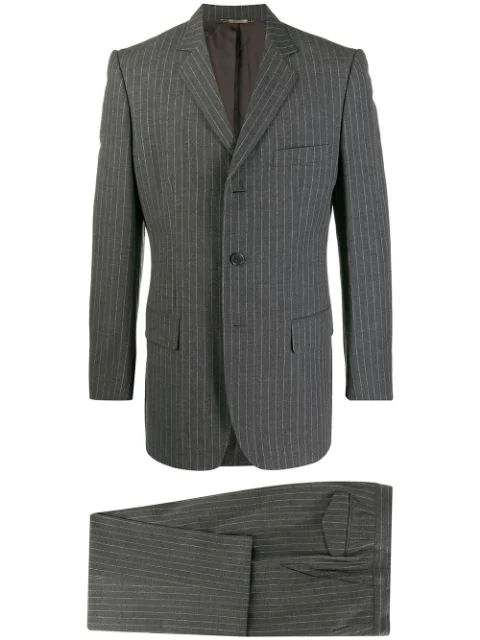 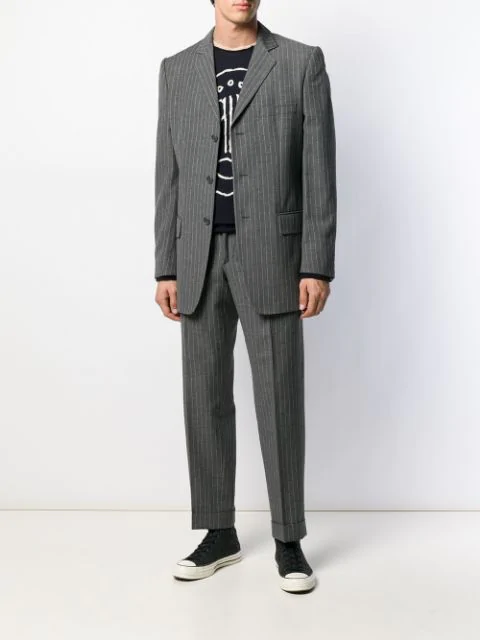 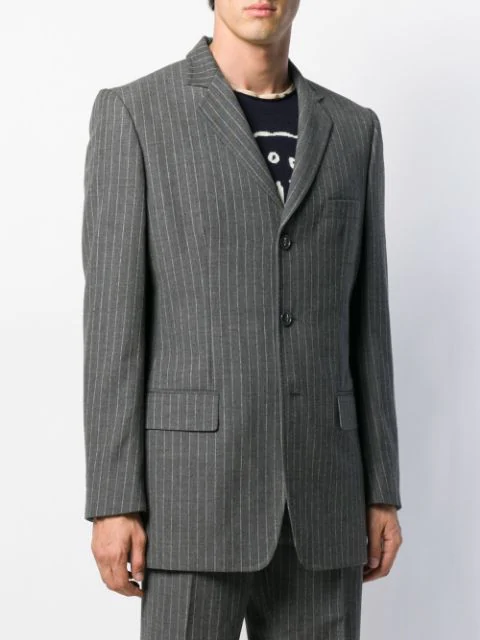 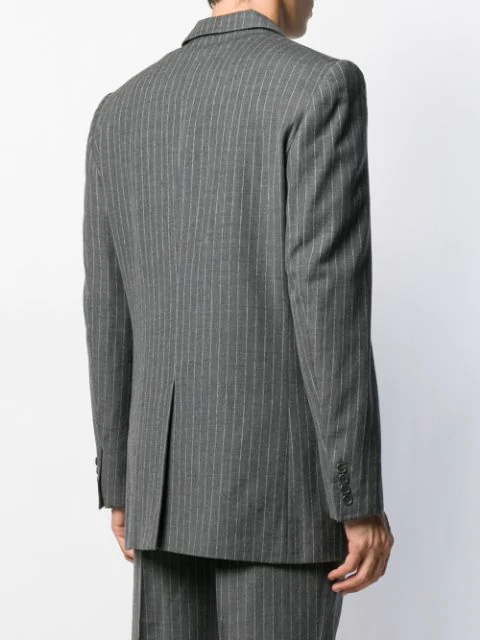 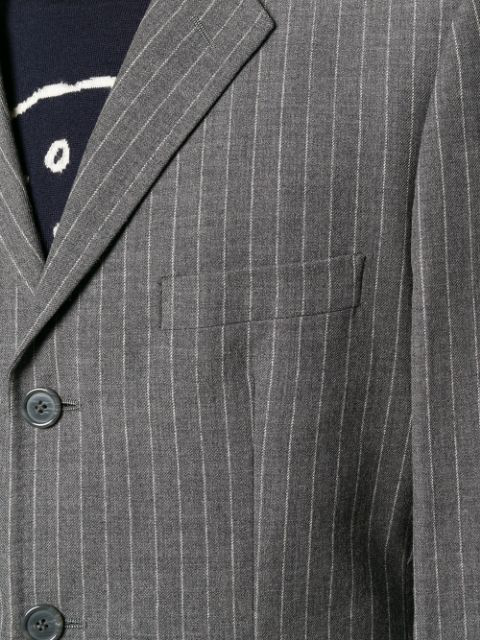 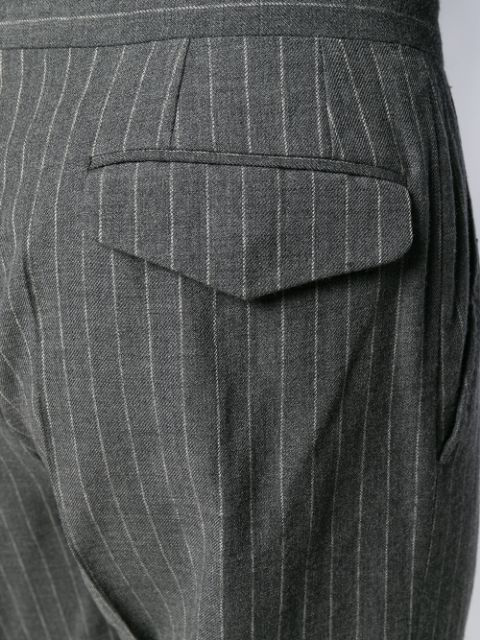 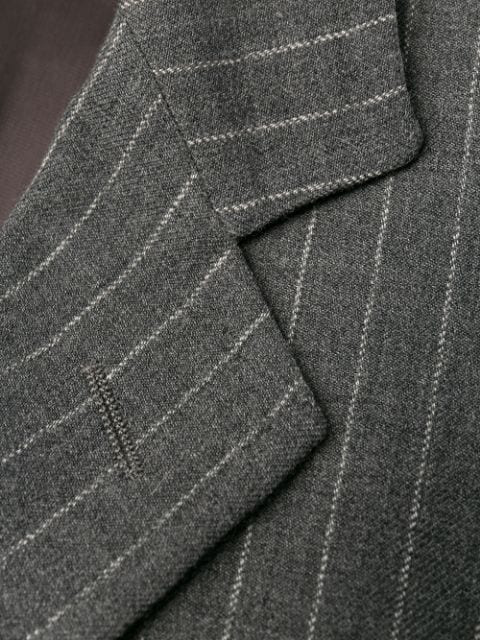 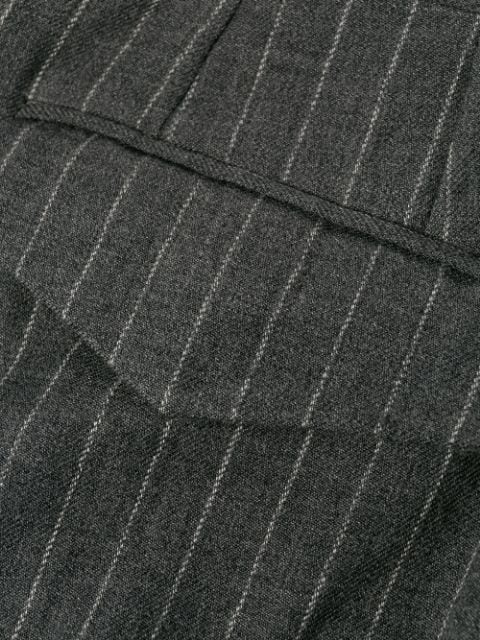 Grey wool and cotton 1990's pinstripe suit from Dolce & Gabbana Pre-Owned featuring a blazer with notched lapels, a front button fastening, a chest pocket, long sleeves, front flap pockets, a rear central vent and matching trousers. Please be mindful that this piece has led a previous life, and may tell its story through minor imperfection. Purchasing this item continues its narrative, so you can be confident that you’re making a POSITIVELY CONSCIOUS choice for the planet.

Dolce & Gabbana (Italian pronunciation: [ˈdoltʃe e ɡabˈbaːna]) is an entry level fashion house founded in 1985 in Legnano by Italian designers Domenico Dolce and Stefano Gabbana. The two met in Milan in 1980 and designed for the same fashion house. In 1982 they established a designer consulting studio; in time it grew to become "Dolce & Gabbana". They presented their first women's collection in 1985 in Milan, where a year later their store would open its doors. In 1988, they launched their leotard line, and in 1989 they began designing underwear and swimming costumes. Dolce & Gabbana started to export their products to Japan and other countries like the U.S., where they founded their own showroom in 1990. In 1992, the same year they presented their men's collection, they also launched their first perfume Dolce & Gabbana. They won the Woolmark award in 1991, and the prize "most feminine flavor of the year" in 1993.

A world of fashion, powered by technology. ModeSens pulls from the racks of 44,476 luxury brands, aggregating every product at the item level for a seamless, transparent and secure shopping experience