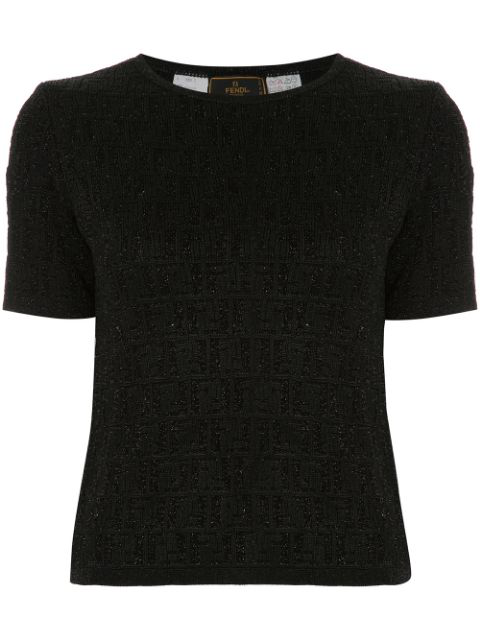 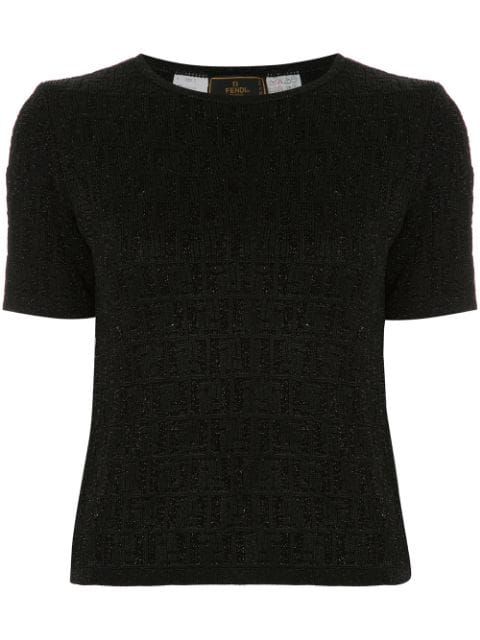 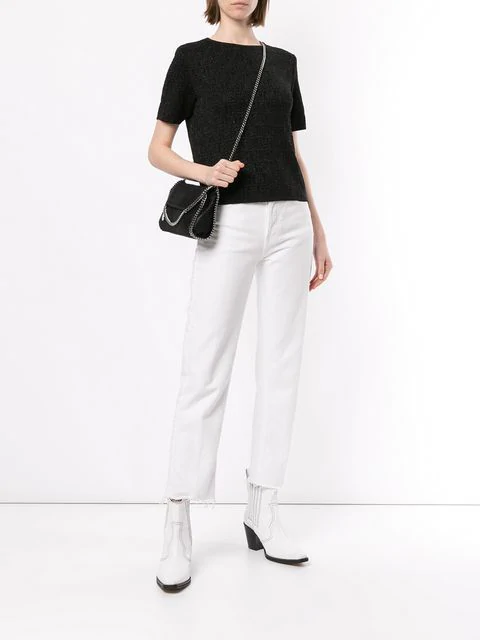 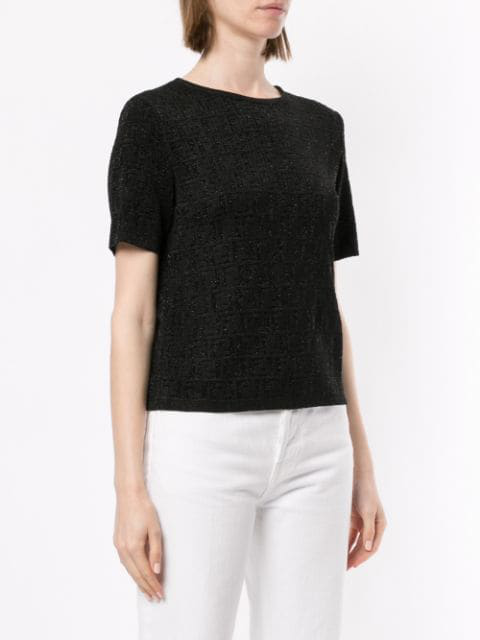 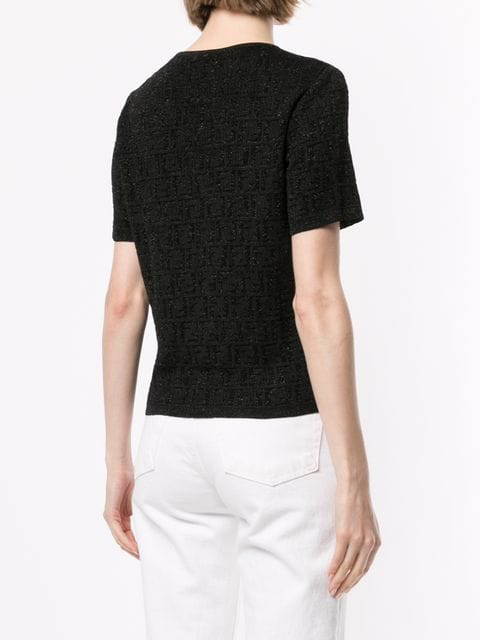 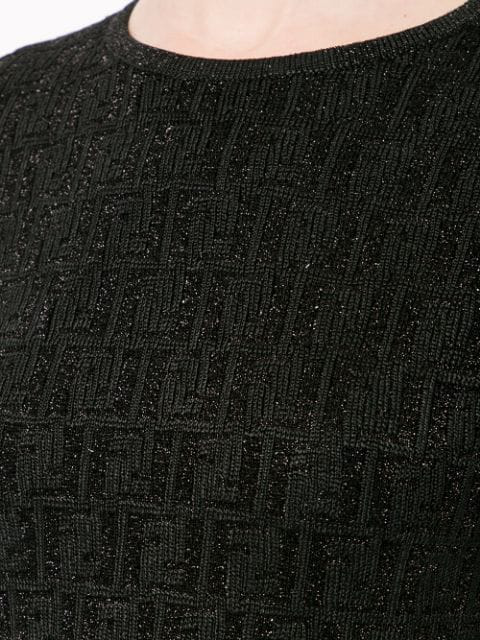 Black short sleeve top from Fendi Pre-Owned featuring a ribbed crew neck, short sleeves, a ribbed hem and cuffs, a lurex design and an all over embossed logo pattern. Please be mindful that this piece has led a previous life, and may tell its story through minor imperfection. Purchasing this item continues its narrative, so you can be confident that you’re making a POSITIVELY CONSCIOUS choice for the planet.

A world of fashion, powered by technology. ModeSens pulls from the racks of 44,534 luxury brands, aggregating every product at the item level for a seamless, transparent and secure shopping experience